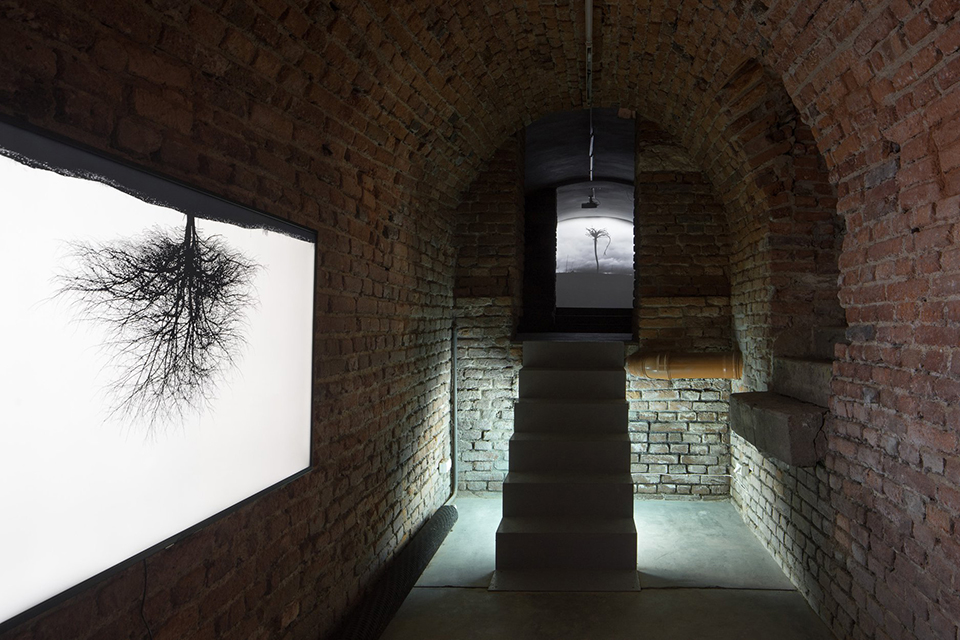 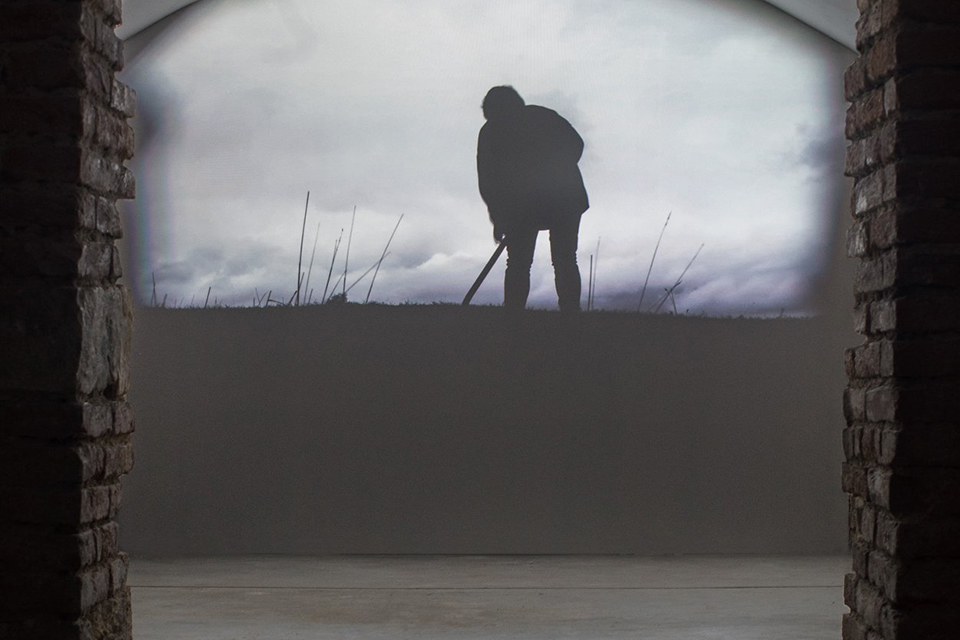 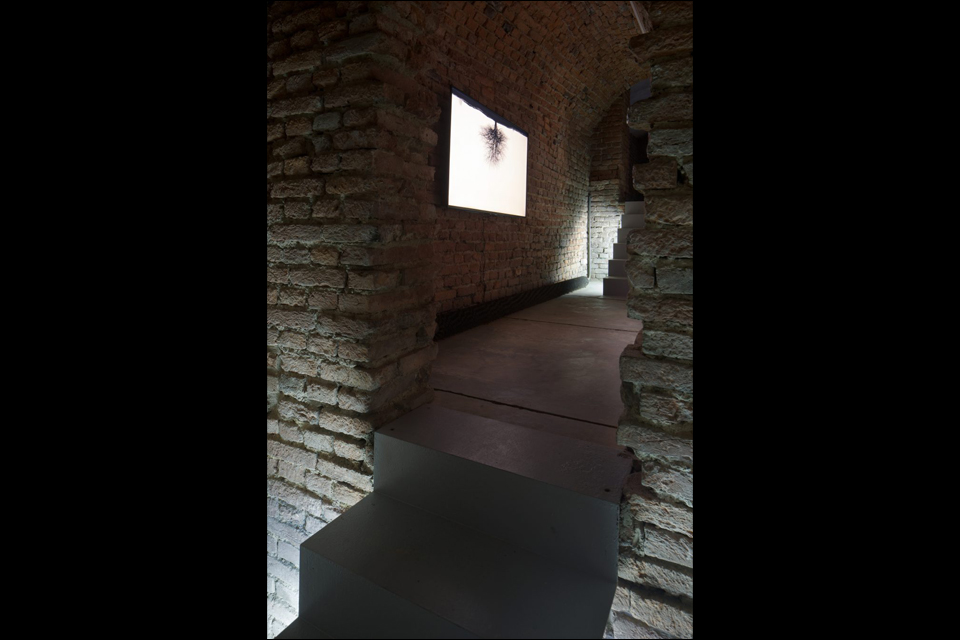 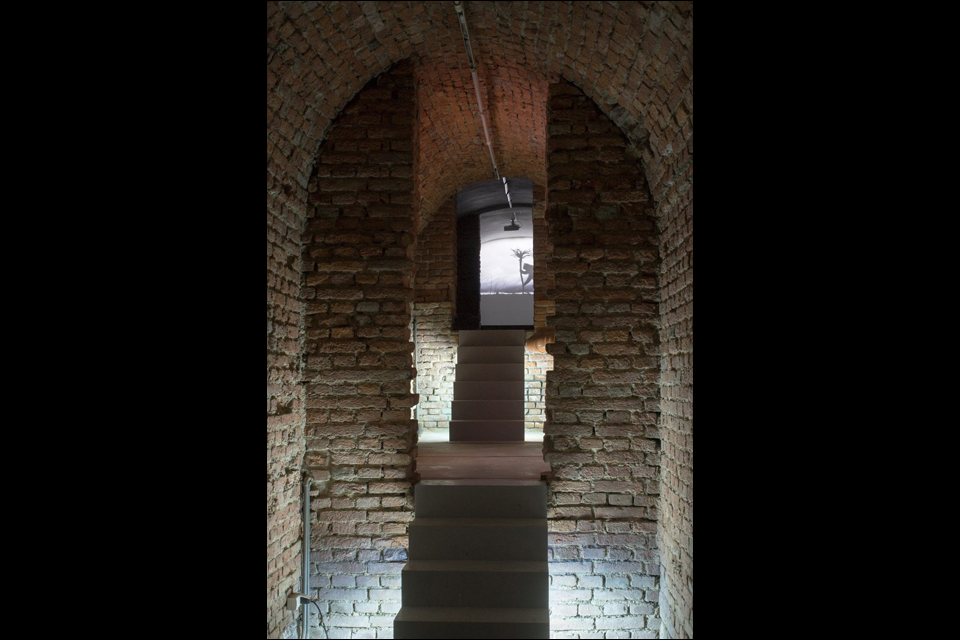 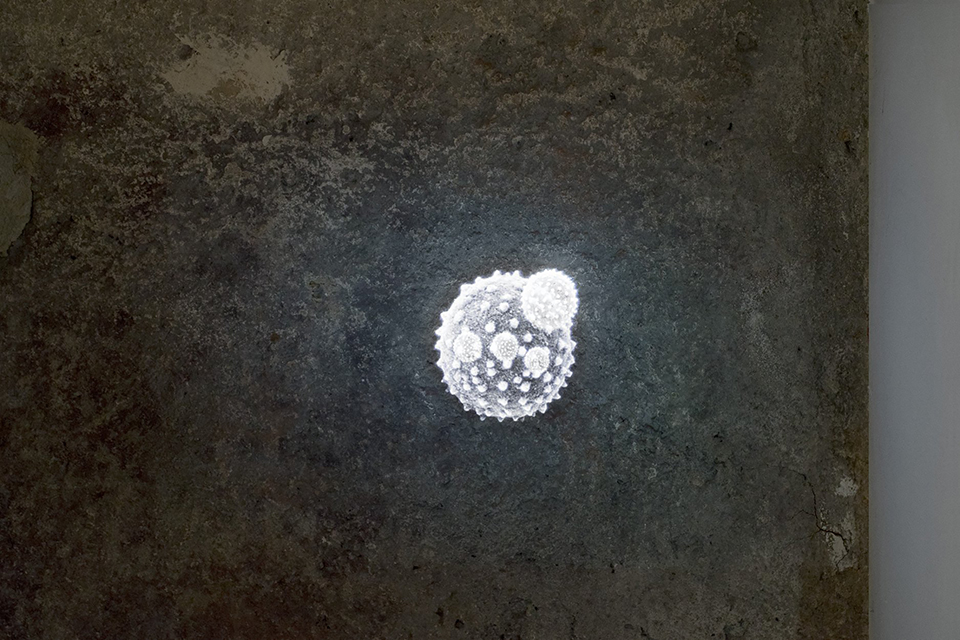 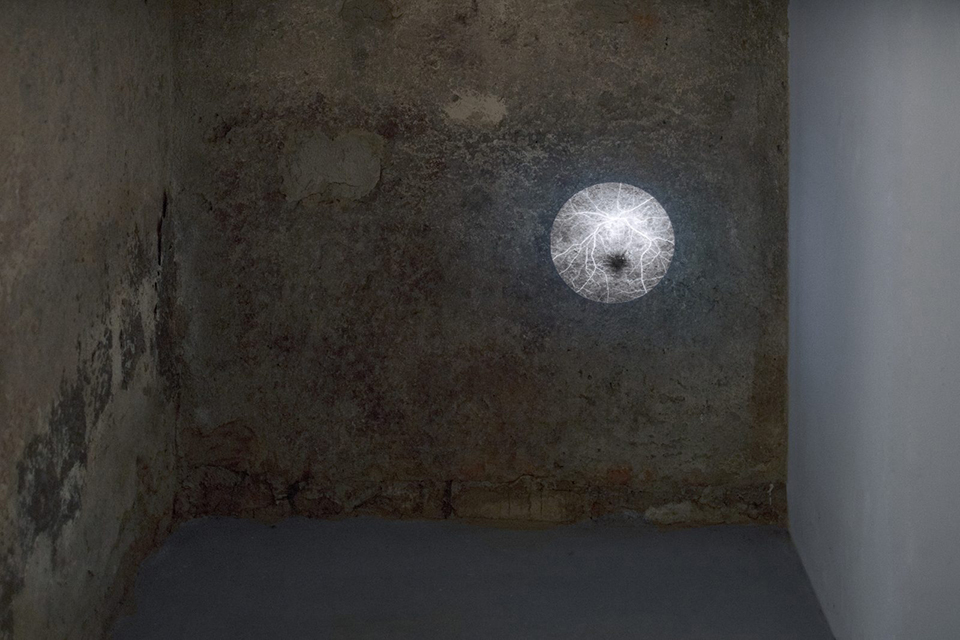 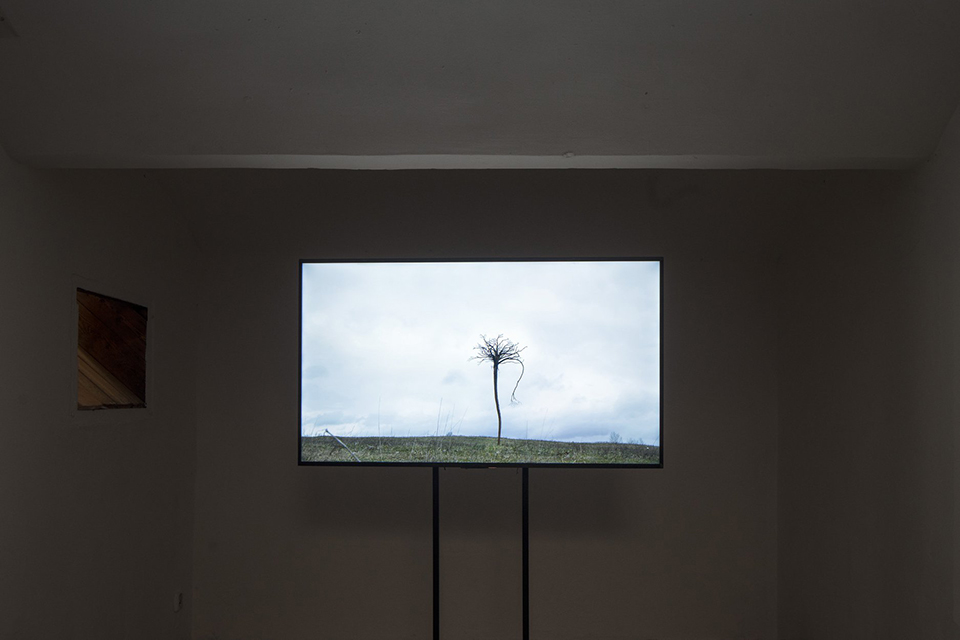 Just Another Place doesn’t comment on the relationship between humans and technology, it doesn’t use the term cyborg, nor does it try to critically review the Anthropocene epoch. On the contrary, it exhibits the multilayered reality of unconscious influences and their possible effects on the platform of references taken out of time and space by subtle touches of sounds and images resonating throughout the contemporary notion of dichotomy of the natural and cultural, or more precisely – the cultivated. At first glance everything seems to be legible and substituting, yet the simplicity of the gesture brings back memories and evokes a subconscious feeling of lost sense of belonging placed somewhere deep in our genetic code. The current acceleration, within which scope fifteen years seems like eternity, falls apart and the sound of flute or uncovering of the surface of soil with a digging spade suddenly gets back its time exceeding the meaning. A place close and far, the localization of home, localization of an exotic land, localization of a person as a dynamic point on the map. All of that is just another indeterminate space, despite being pinpointed in the maze of neurons and their connections, and even though it might be clouded for many, it remains clearly defined.

excerpt from the text by Jen Kratochvil