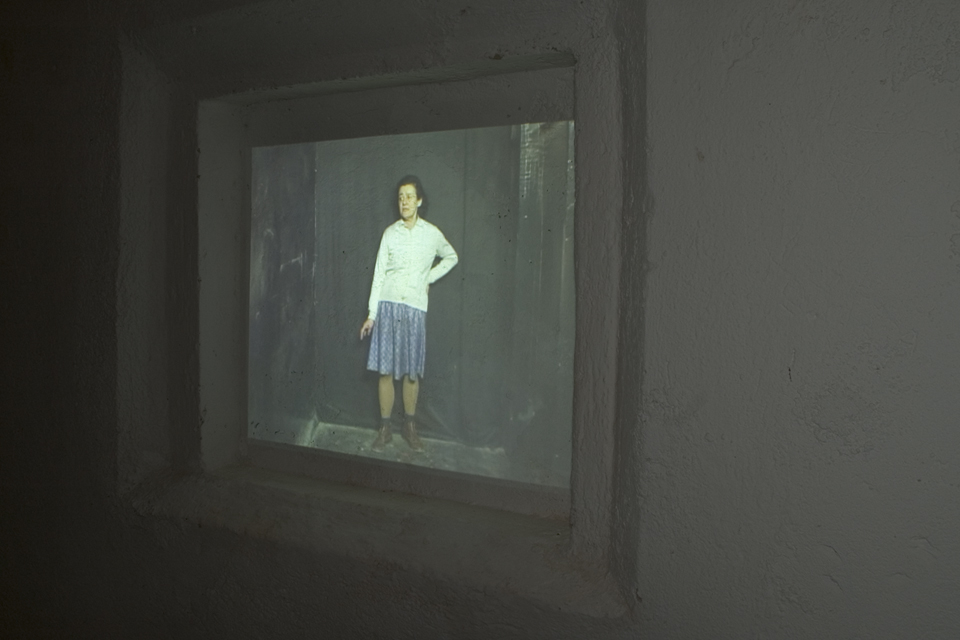 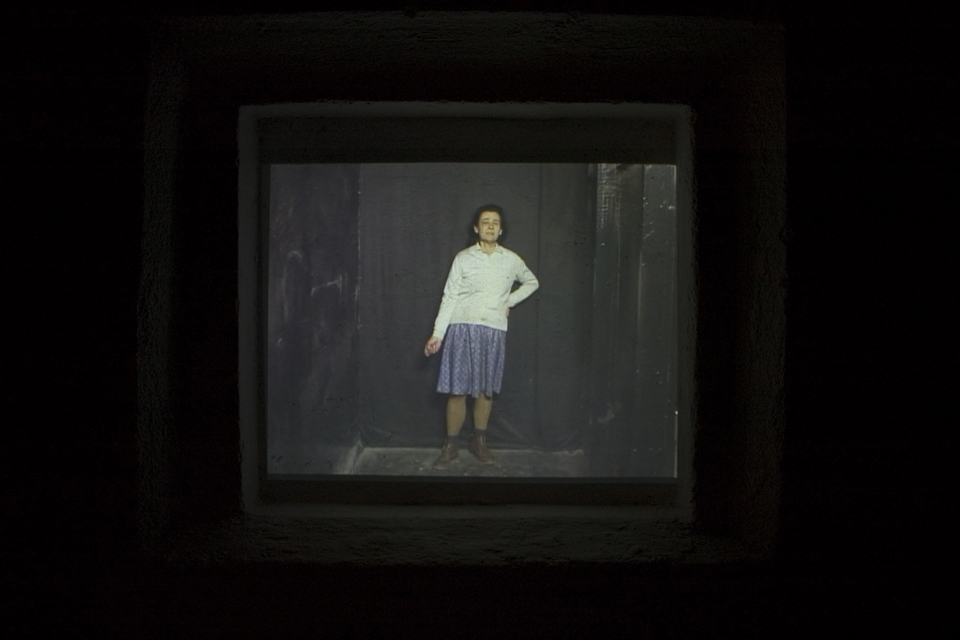 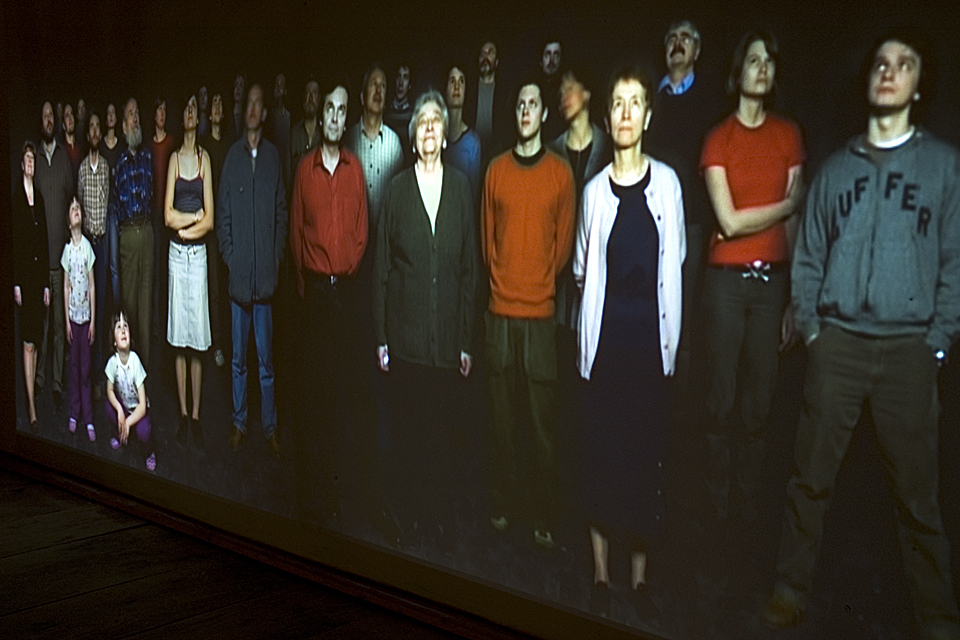 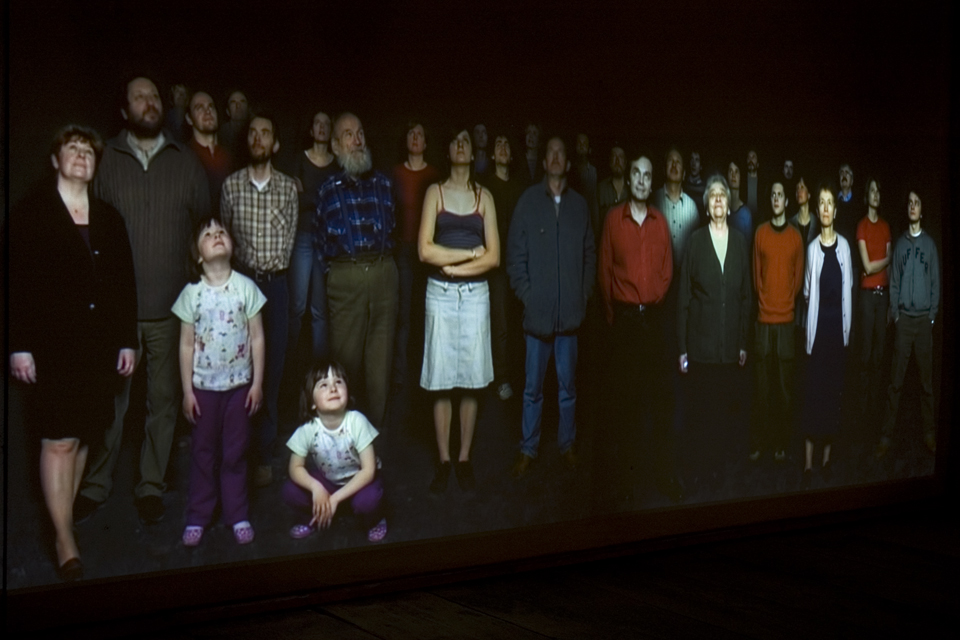 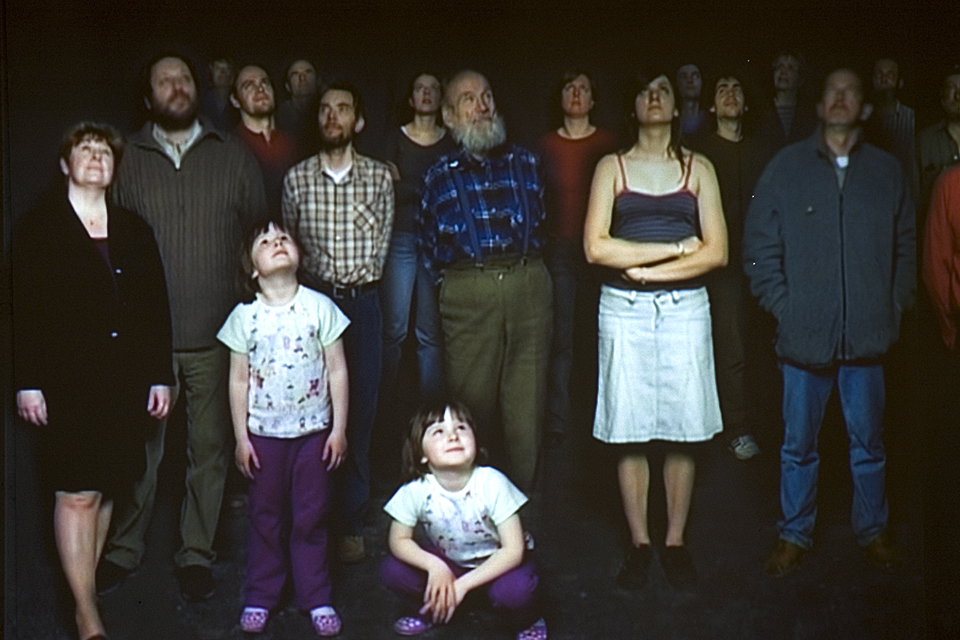 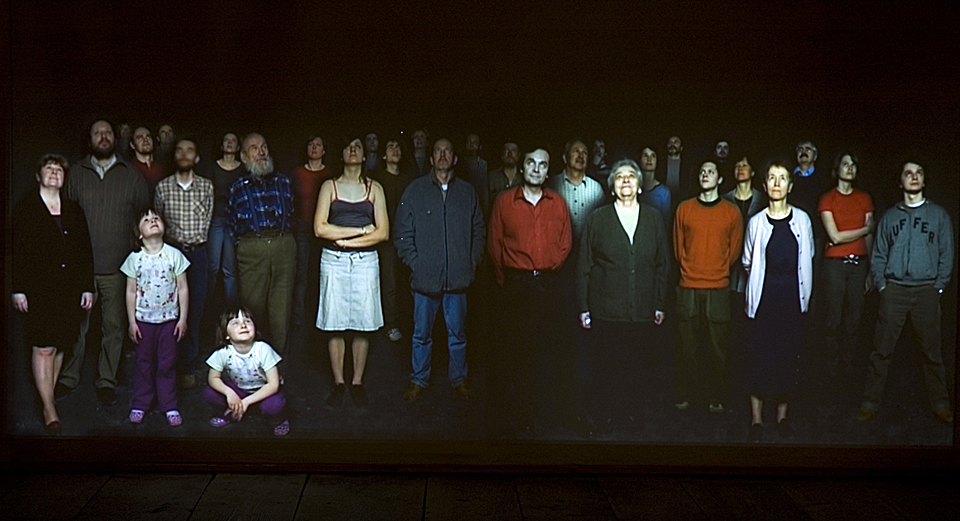 Severová describes the limitation of human and organic memory when compared to the non-organic as the moment of „universal blindness.“ We look very intensively, but we see nothing, we get a lot of information, but do not know how to process them. We crash against a wall that divides the organic and non-organic memory,  a wall that forms the border of „humanness“. Video also alerts us to the fact that the moment of watching and looking for not only the basis for critical distance, but also of immersion and loss of identity. The paradox of acquirement and loss of individual identity in the world saturated with information can be detected also in the tension between portrait-photography or video that stood out separately at the beginning, and the group collage of the masses that is the final result of them. What they finally form is not a family picture, but more of a „marketing research.The question of memory and technology sharpens the conflict between the natural and the artificial, between people and machines and confronts us with the possibility of a new type of evolution that would make human kind superfluous.Technology in this collective form is becoming our second (and often better and more perfect) „nature“. Severová depicts and overcomes the potential pitfall of thus new evolution by using combination of photography and video, of a static and dynamic picture that she manipulates in such a way that they seem to have the qualities of both of these categories. The characters move and are „alive“, we can follow their stare that seems to search for something, but they are at the same time also very static, deprived of all contexts, resembling dead butterflies in a show-box. text by: Denisa Kera