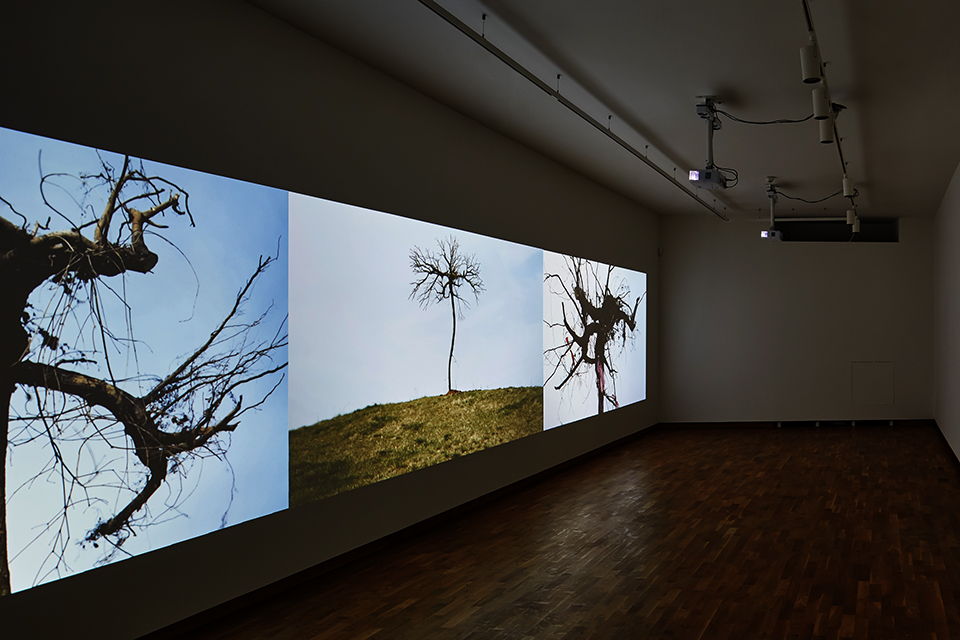 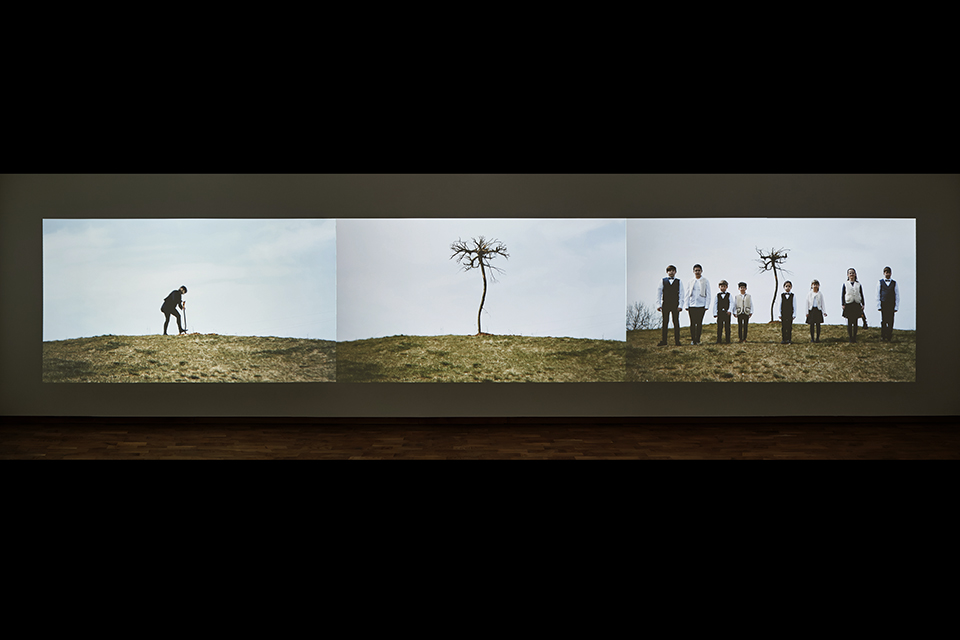 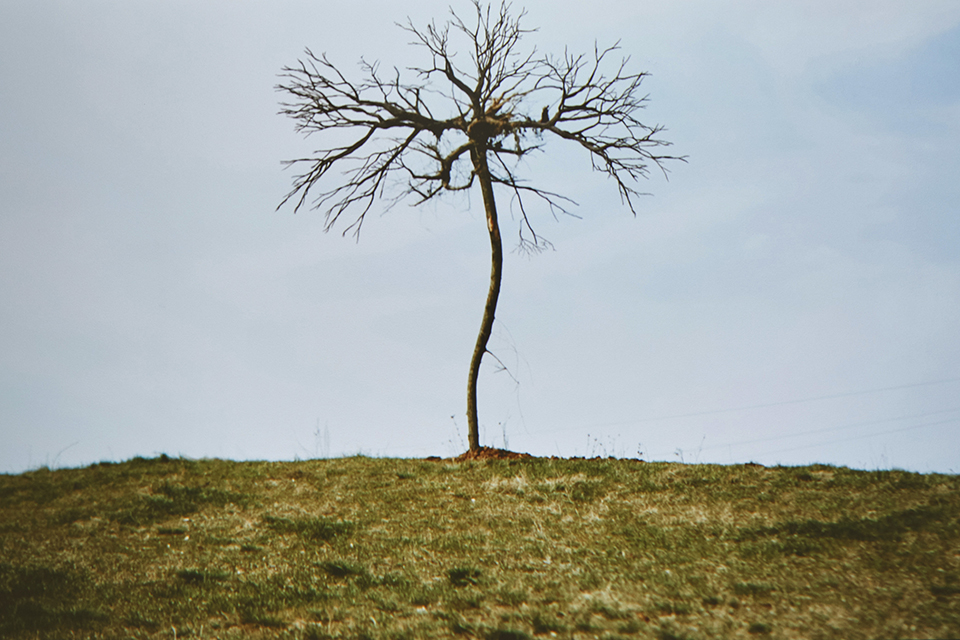 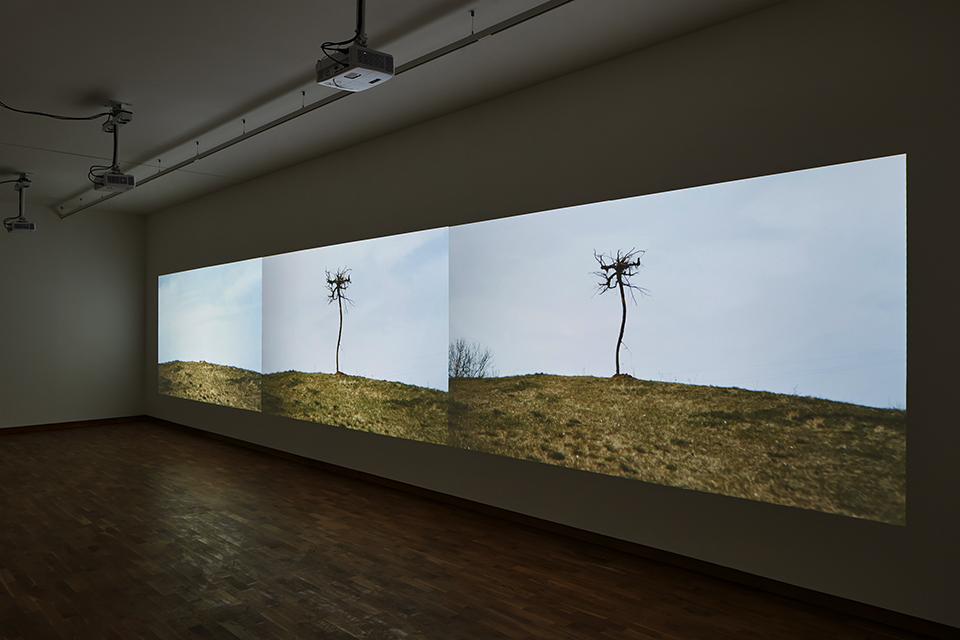 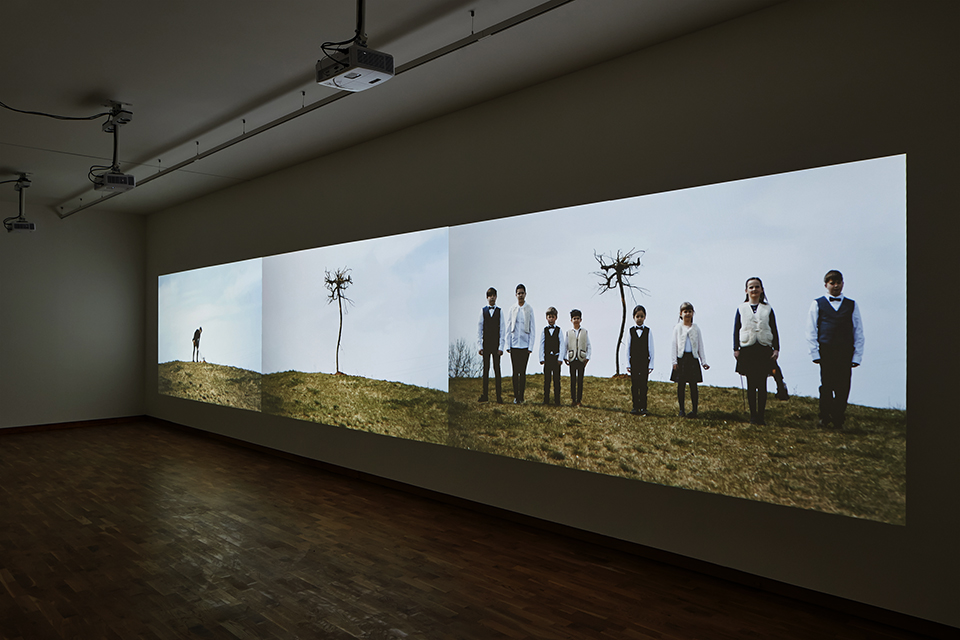 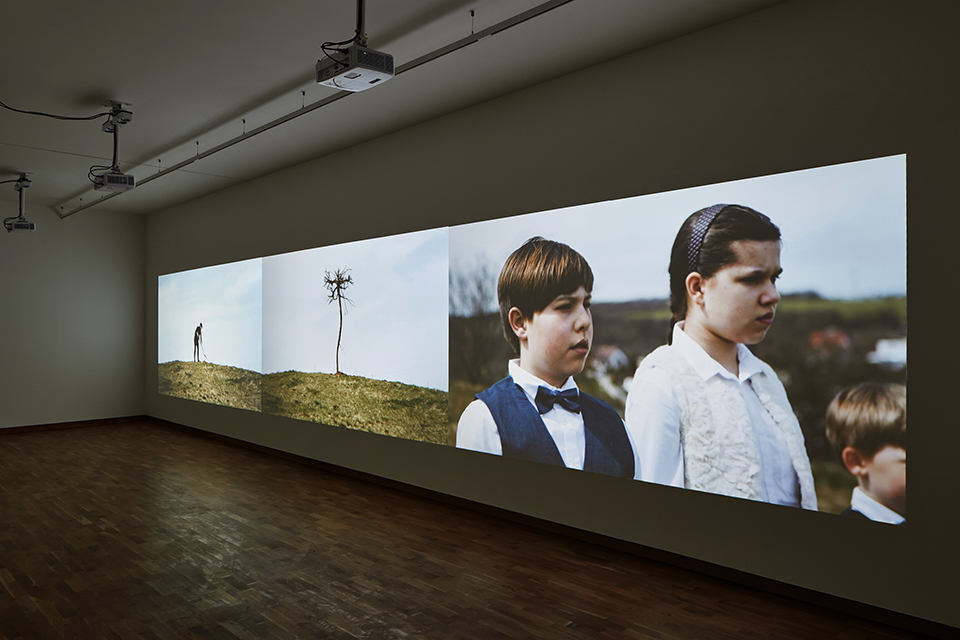 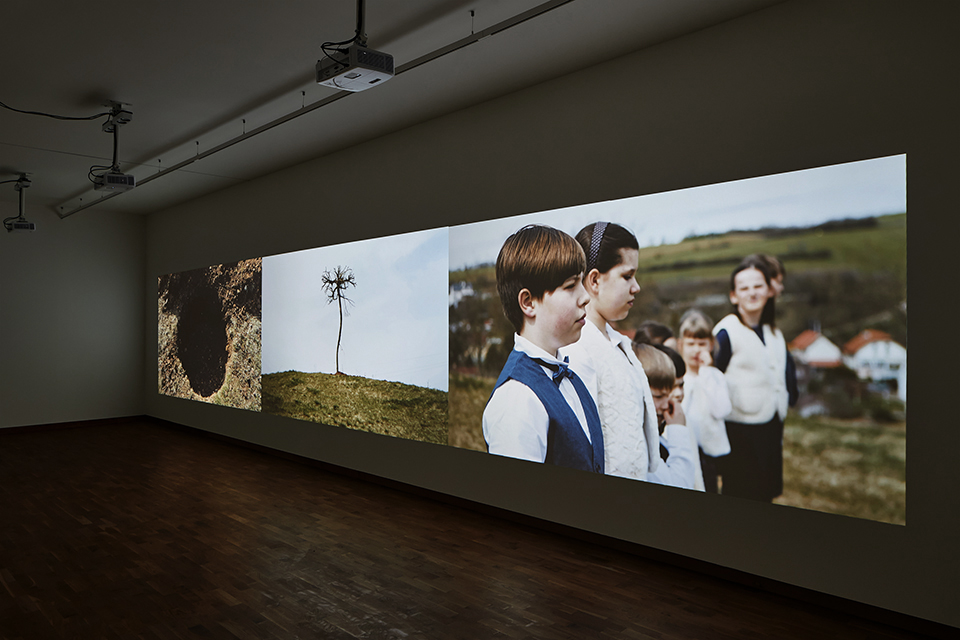 Tree in the middle of a landscape

Our ancestors planted trees to celebrate political victories. A big patulous tree in the middle of a landscape became a symbol of national pride. Between 1918 and 1919, thousands of trees had been planted symbolizing the establishment of the Czechoslovak Republic. The act of planting was accompanied by ceremonies: the national anthem was sung, trees were decorated with ribbons, commemorative letters were placed between the roots. Lime and oak trees and other big trees were planted later as well, always as a reminder of values such as democracy and freedom. Nowadays, these trees grew thin and old. A big patulous tree in the middle of a landscape stands alone, dried up, its leaves fell off…with a bit of imagination, it looks like a tree that grows upside down, with its roots up. What would happen if such a tree was planted?

In this three-channel video projection called Tree that grows upside down (Strom, který roste kořeny vzhůru 2021), Tereza Severová concludes her ongoing exploration of the theme of trees as significant elements of the Czech landscape, imbued not only with environmental but also symbolic and political meaning. Severová’s work focuses primarily on photography, moving images, and their digital manipulation. Through these mediums, she tests the meaning of traditional social values like freedom and democracy, the evolution of the perception of freedom and democracy, their loss of content, and how their meaning changes over time. Recently, the artist’s attention has been turned with increasing frequency towards the relationship between the individual and the landscape, especially the post-industrial landscape, which we have, to a certain extent, been taught to see as a mediated image, which we cannot alter.
From a the text by Nina Moravcová