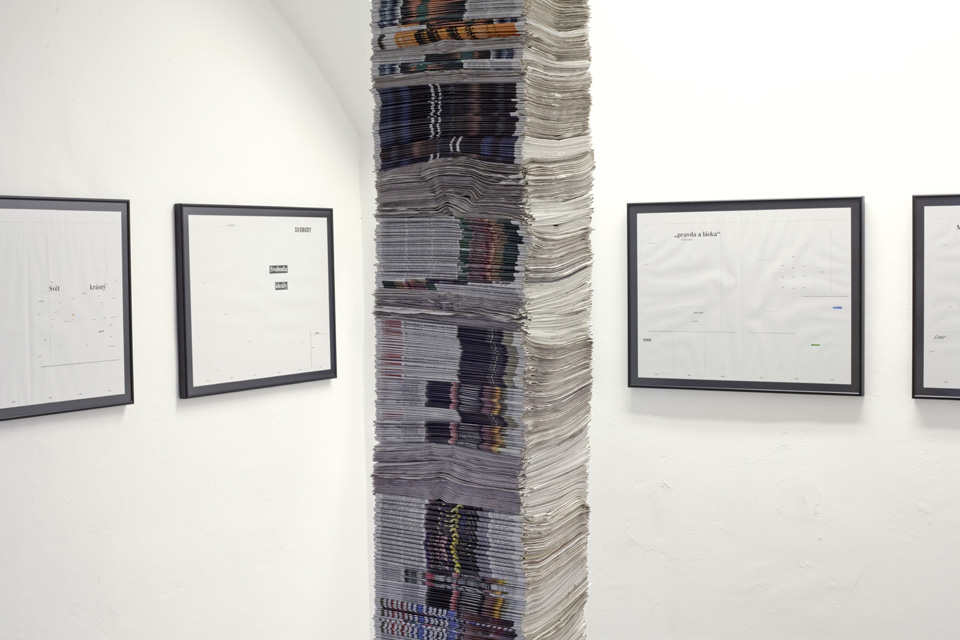 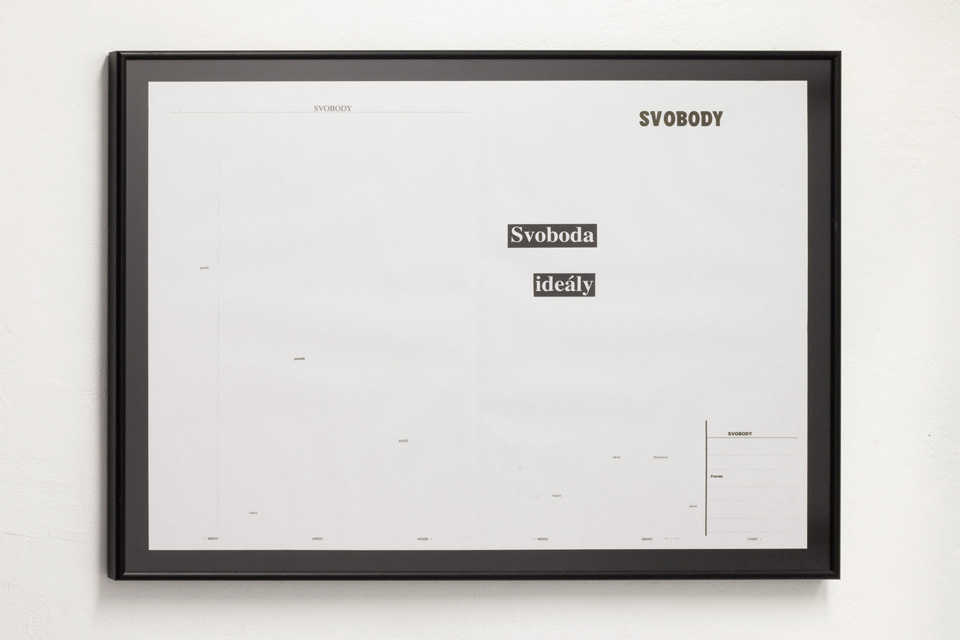 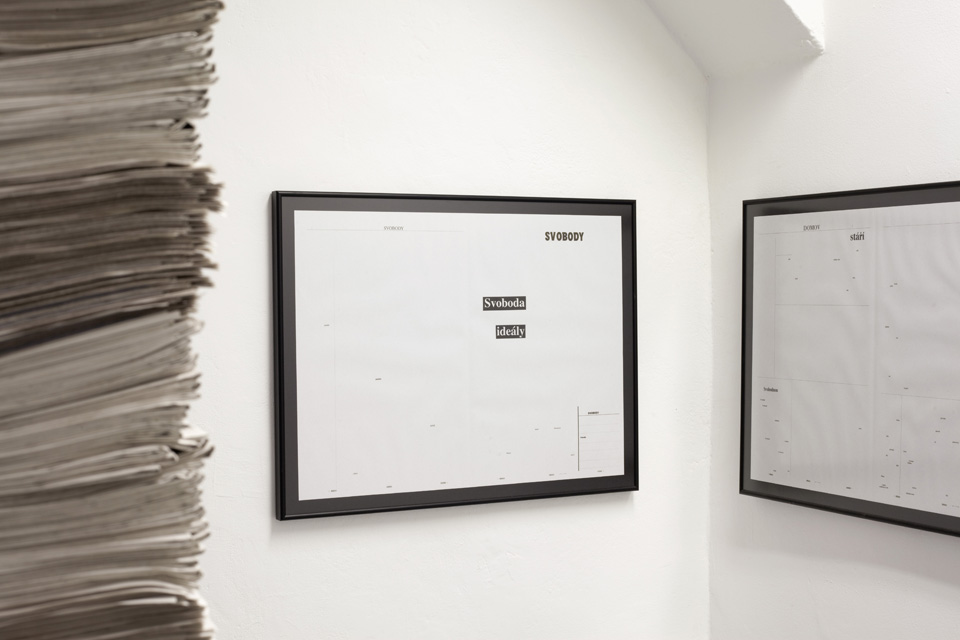 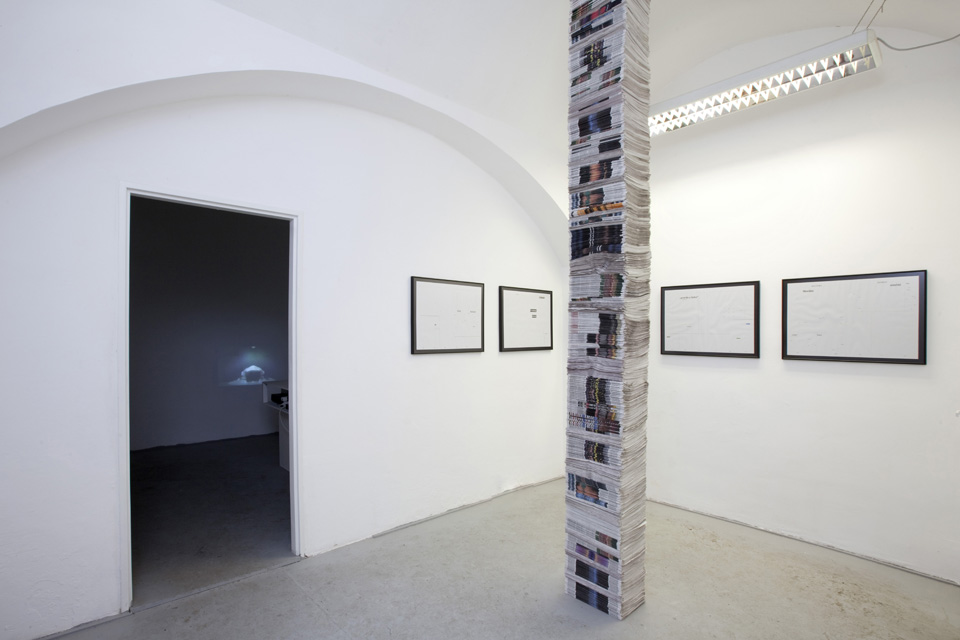 For several months I have been collecting daily press and searching for terms that are connected with the meaning of traditional values. I was interested in the way these expressions were being used. Words such as truth, freedom, old age... were being used, misused and misinterpreted many times. I have collected and scanned pages from the standard daily press and erased all information except for these expressions. Next I built a pillar by piling up stacks of newspapers. The contents of the individual issues remained hidden, the only thing that could be seen was the random information that could be read on the bends of the individual issues.